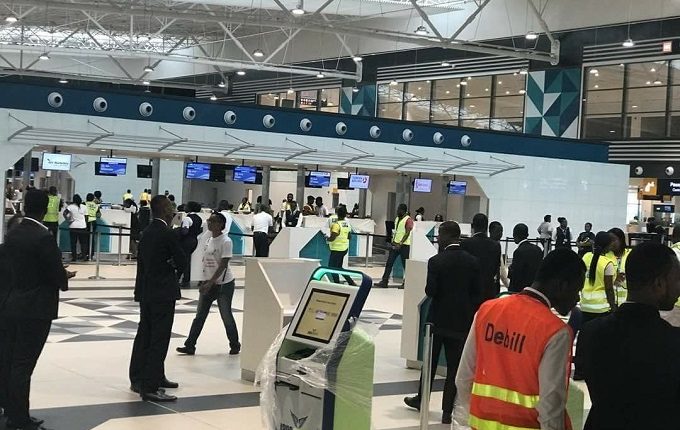 The man- a Ghanaian- came into the country through Kotoka International Airport from a country yet to be confirmed.

He flew directly to a mining town called Obuasi in the Ashanti Region in a helicopter. He was tested in a facility in the Ashanti regional capital, Kumasi, where results turned ‘positive’.

The man whose identity is unconfirmed becomes the second Ghanaian to be infected with the Corona virus and the country’s third case.

All cases were imported.

It furthers that the said affected person looked sick upon arrival at the airport, and would even not allow anyone to come close.

After reporting himself to a health facility in Kumasi where a series of tests were conducted, results came out positive.

As it stands, he is reportedly under quarantine receiving treatment and undergoing medical observation.

There are hints of an official government announcement on the development.

The reports come two days after government, through the ministry of health announced the country’s first confirmed cases. Two people, a Ghanaian from Turkey and a Norwegian official.

Meanwhile, President Nana Addo Dankwa Akufo-Addo has allocated some $100 million as budget to deal with issues regarding the virus in the country.

In another development; GES suspends all public activities in schools

The Ghana Education Service (GES), has directed all heads of public schools to suspend all public gatherings in their various institutions.

According to the  GES, functions such as speech and prize-giving days should be cancelled until further notice.

“… all schools are to suspend all public activities such as speech and prize-giving days until further directives are given by the Director-General,” a statement said.

This comes after international schools in Accra shut down after the country recorded two coronavirus cases.

Meanwhile, the GES has provided some materials to educate pupils in basic schools across the country.